HASCO has been supporting MMWave engineers for many years and has expanded its products to support increased demand generated by the MMWave spectrum 5G bands.

Millimeterwave applications were primarily used by niche industries, such as defense radars, collision avoidance, and point-to-point communications. The demand for faster data rates by consumers has driven technology to broader bandwidth spectrums that are available in MMWave bands. It is now possible to download a 1 gigabyte movie to your phone in just a few seconds using 5G. 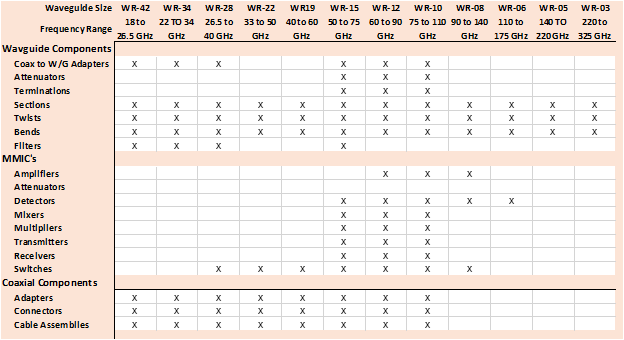 n258 (24.25GHz to 27.5GHz), theoretically this band could be used in the future in Europe (right now Europe uses predominantly mid-band spectrum for 5G)

Interest in MMWave applications goes beyond 5G. HASCO has expanded its offering up to 325 GHz to support terahertz, EHF research.

Be the first to hear about our latest deals!

Designed and developed by